The Paragon Hotel by Lindsay Faye 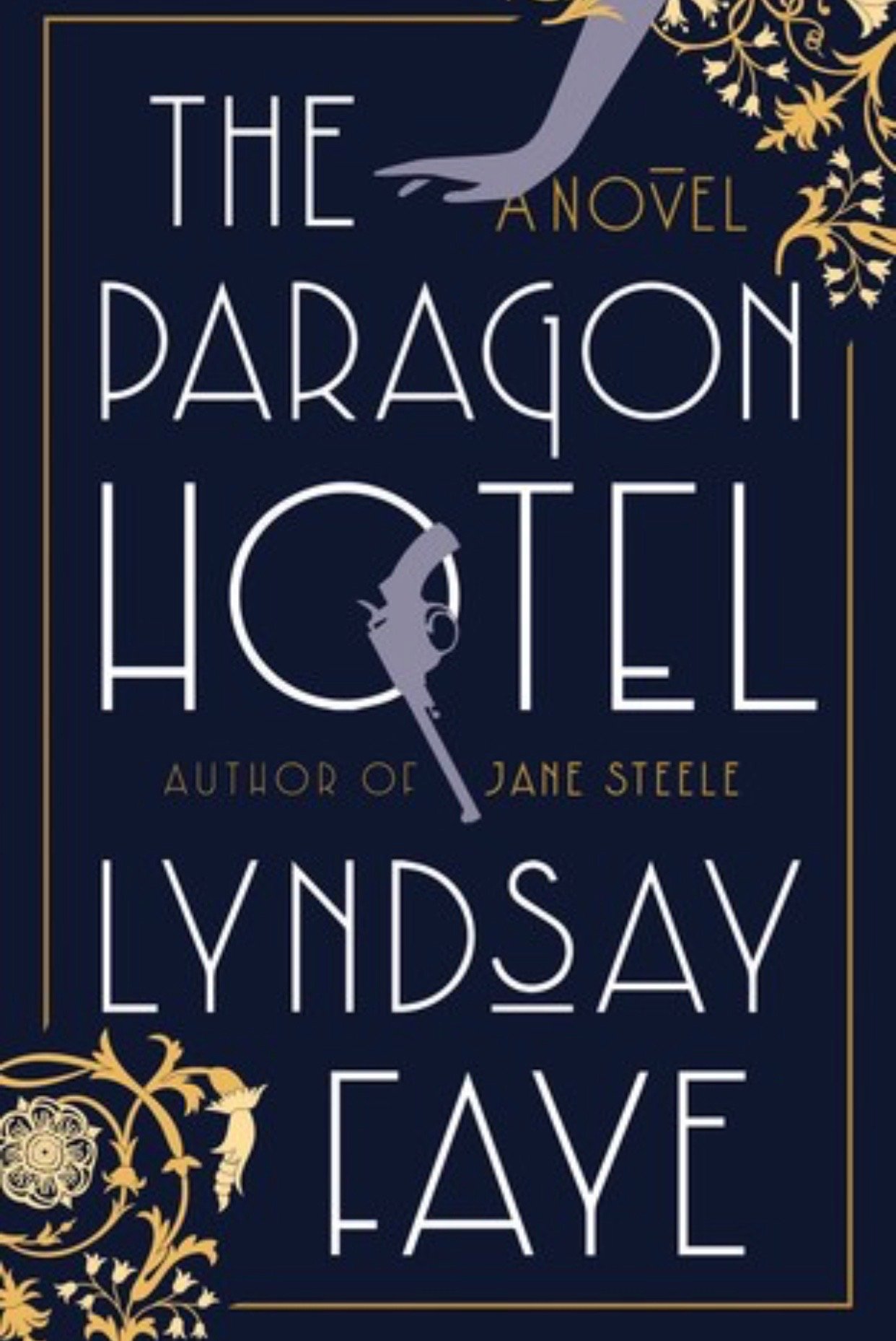 The Paragon Hotel is a deft work of Historical Fiction.  Widely and well researched, its authentic voice makes it a standout in the genre!

I'm just going to come out with it...

There...I said it.  I'm not going to be able to be unbiased.  Her work speaks to me.  The Gods of Gotham series was one of my favorites. The Paragon Hotel is no different. Alice Nobody has a gift.  She's a chameleon who can blend in to the background.  It's a gift that gets her noticed back in 1921 Harlem when the Black Hand of the Italian Mafia encroaches on her life and threatens those she loves.  She becomes a spy of sorts for a man who's goal is to take down the mafia.  Unfortunately, it gets Alice shot and she jumps on a cross country train to escape the consequences of crossing the wrong people.

Max, a train bell hop, notices Nobody. She's not used to being noticed and is weary of his attention.  Yet, she knows she needs help and isn't in a position to refuse his help. Max takes Nobody to the only place he knows can help: an all black hotel called The Paragon Hotel.  Here, Nobody is assisted to health by Dr. Pendleton and a wide cast of very likable, fully formed characters.

The hotel and its guest are under assault, however, from the KKK.  And when a beloved orphan goes missing, the entire hotel springs in to action...including Nobody.

Faye's use of authentic, period appropriate verbiage is something that endeared me to her work.  Not only does she research place and time, filling her pages with characters appropriate for the era, she also makes them speak as they would have had they lived then.  (One small annoyance for me was the use of the word quelque.  If I never see it again, I'll go ok).

Faye wove early mafioso with KKK and some fantastic quotes from primary source materials.  It's what makes her great!