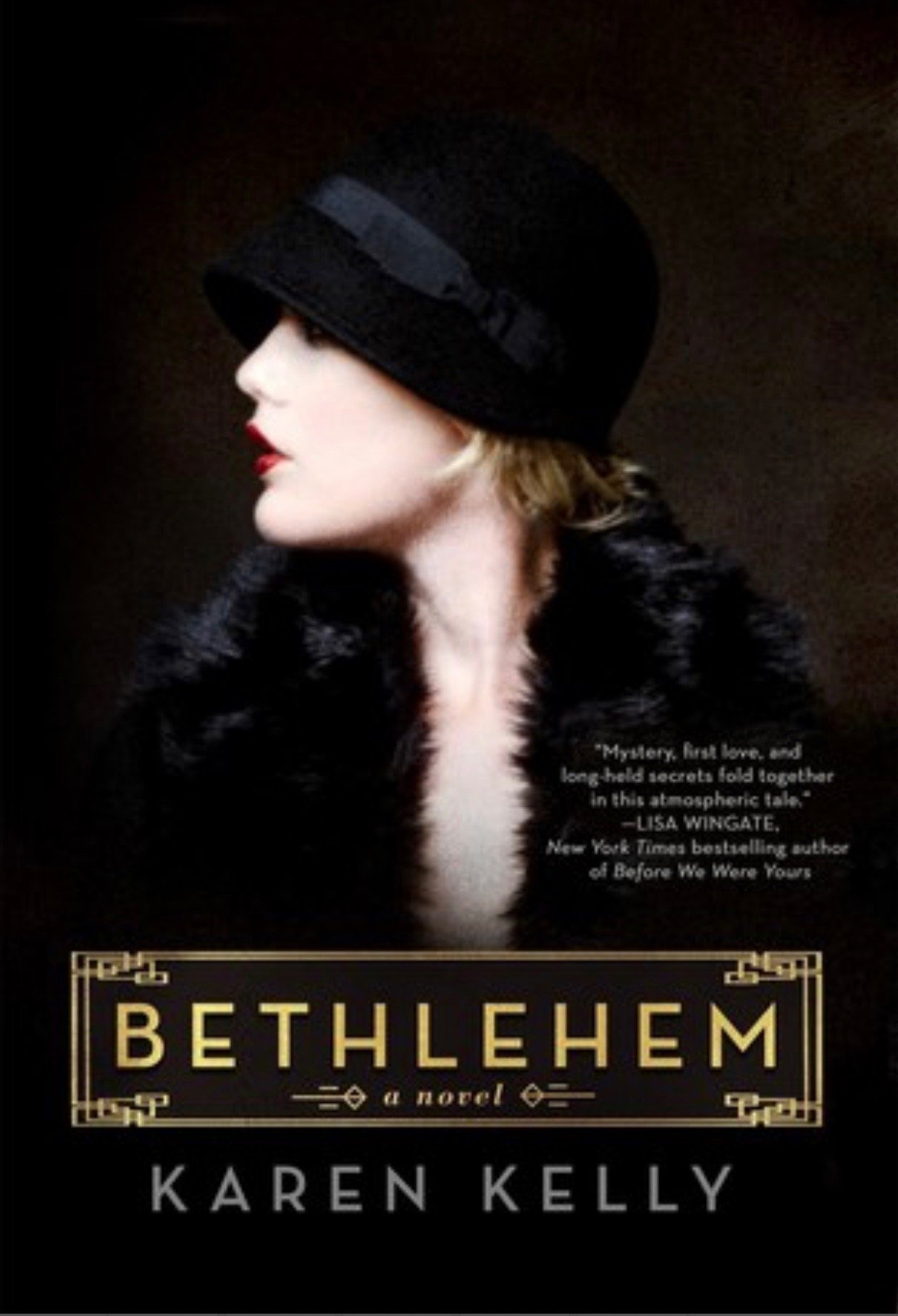 I received this ARC from NetGalley in exchange for an honest review.

"I've learned a thing or two in my antiquity--chief among them that things are seldom what they seem.  Often the person who appears the most...impenetrable...is, in truth, the most fragile."

Complicated in the beginning by an extensive cast of characters, the novel is slow to develop and bogged down a bit by the task of familiarizing the reader to the family tree.  Because the novel follows several generations of Blue Blooded steel barons, flipping back and forth from 1918-1962, Kelly had a lot of ground to cover, going over the cast (I'll try to give a brief family tree below).

The book opens with Joanna, a woman with two small children visiting with an elderly woman named Doe in--of all places--a graveyard.  The scene foreshadows events to come and the mention of Doe being able to see "ghosts" speaks to several layers of themes the novel explores.  Ghosts are an important hinge for the characters--not just the ghosts of loved ones past (though those exist too) but, also the ghosts of ideas...the wisps of who the characters once were...who they thought they would become.

We learn that Joanna is married to Frank Collier.  The Collier name 1/2 of the powerful family duo that makes up the entire book.  Her introduction allows us to understand the vast wealth (and importance) of not only the Collier name, but also their dear family friends, the Parrish family.

Next, we meet some characters that hold the counterweight to Johanna albeit from the past.  Kit, Susannah, India, Wyatt and Chap (see below for introduction).  There is another scene that portends importance for the novel: a fishing accident of sorts involving all the children.  Susannah falls in the water and Wyatt swims out to save her, later risking himself to humiliation and theft.  When Chap chides Wyatt for swimming in to rescue Susannah, he says "You didn't have to go in after her, you know?"  Wyatt simply replies, "yes, I did."  This exchange sets up the conflict that will follow.

Without giving up anything that could spoil the book, I will let you know there are several love-triangles and consequences to decisions made have decade-long implications. 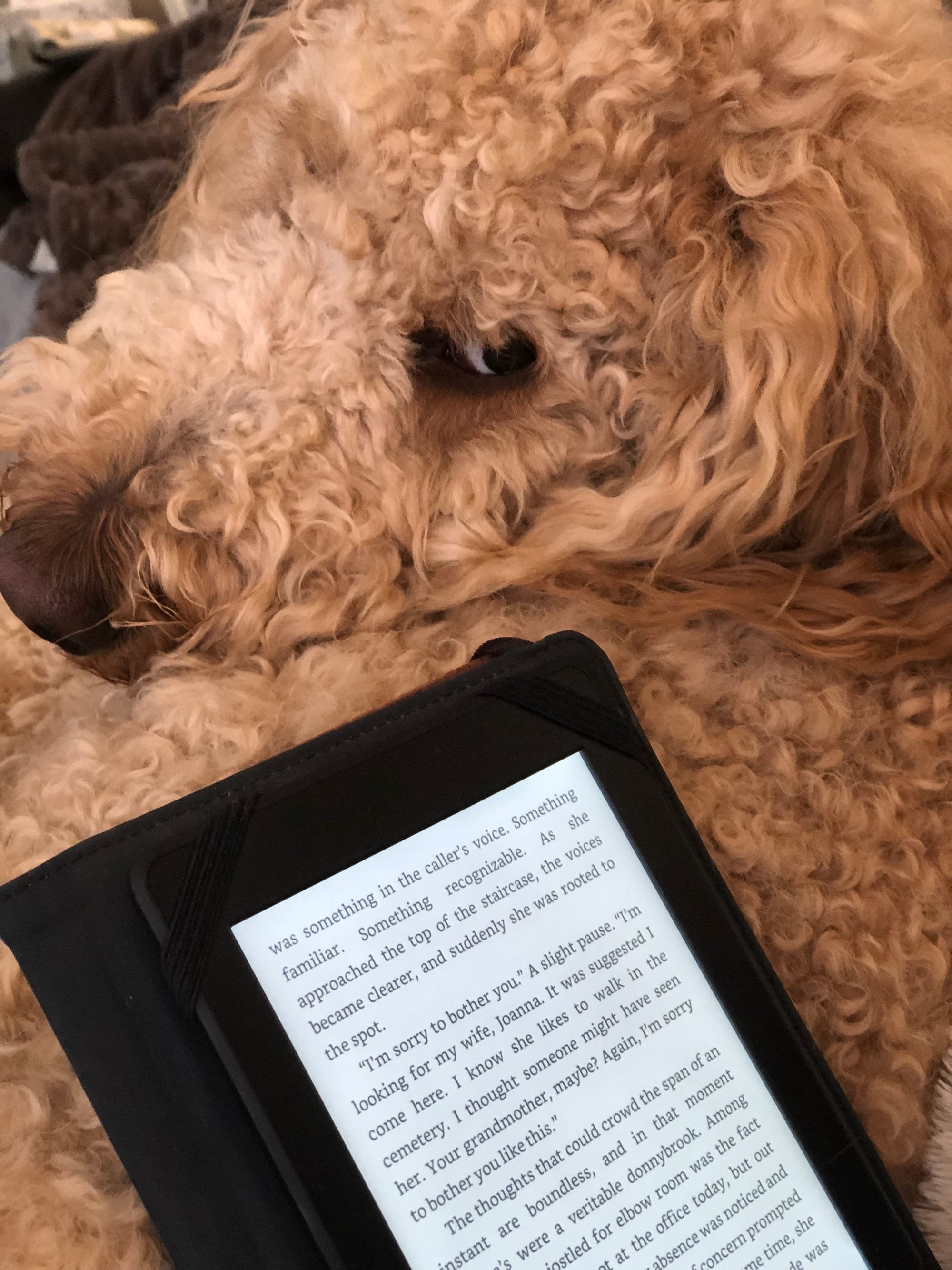 GoldenDude doing what he likes to do: providing a prop for mom's kindle.

Bethlehem is billed as Historical Fiction.  While there is some historical references (The Roosevelts; real places; etc) I found the book to use history more as a set dressing that a driver.  I wished I could have felt more of the time...what was taking place in 1918-1920 and 1961-1962.  Had the author included more details from the time (inventions, important neighbors, new advances, fashion even--though there was some of that) I would have felt better about this being a true Historical Fiction novel. That was a bit disappointing for me as I love the genre.  As written, Bethlehem is a family story, a love story, that uses two distinct periods of time to move the plot back from past to present.

Nonetheless, it is a very readable book which does a good job grappling with the intricacies of family, love, grief, and forgiveness.

India--nickname Itty due to her small size.

Historical Fiction
The Paragon Hotel by Lindsay Faye
Montauk in the mail today!
Review: Montauk by Nicola Harrison
Comments
I BUILT MY SITE FOR FREE USING