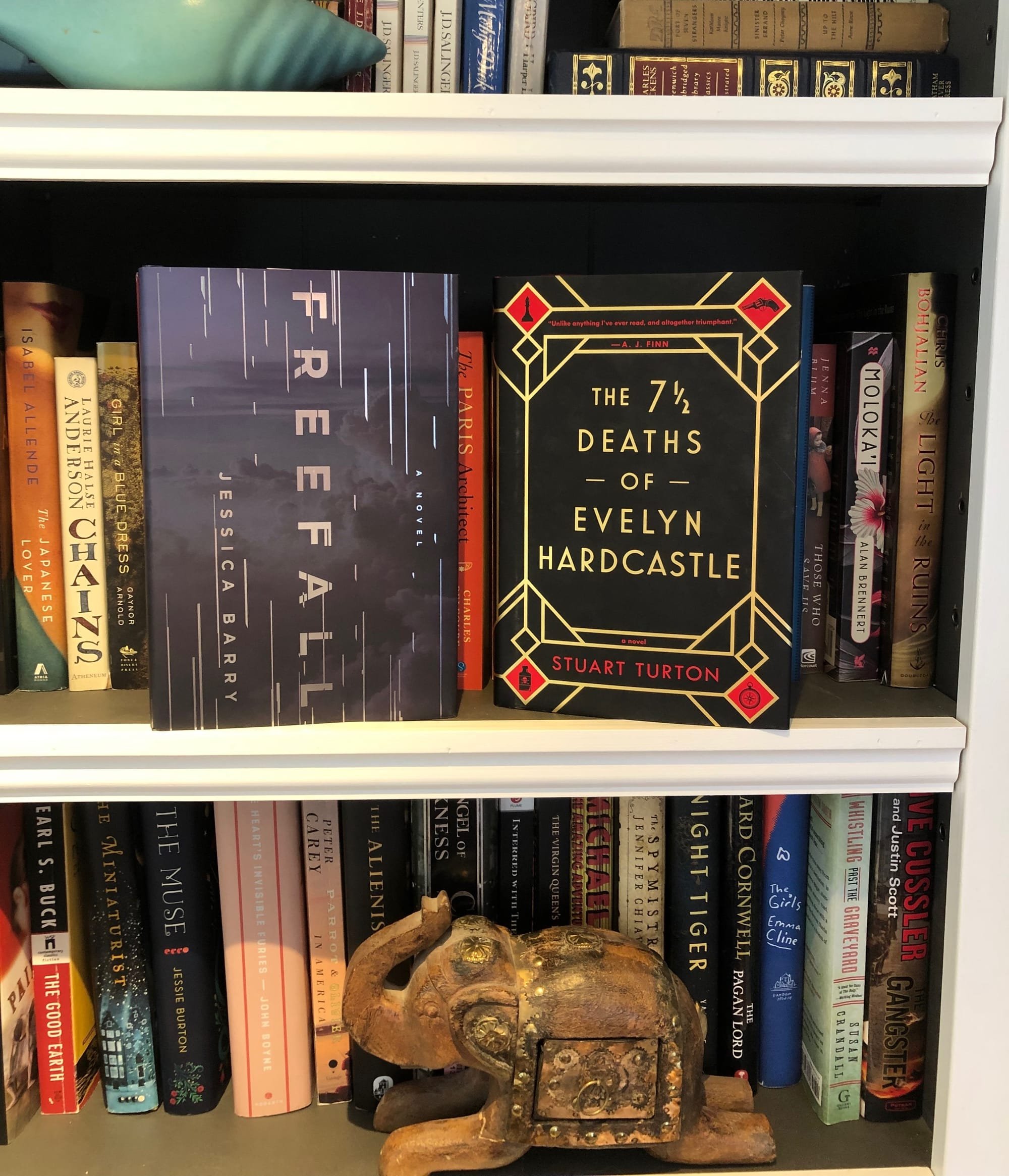 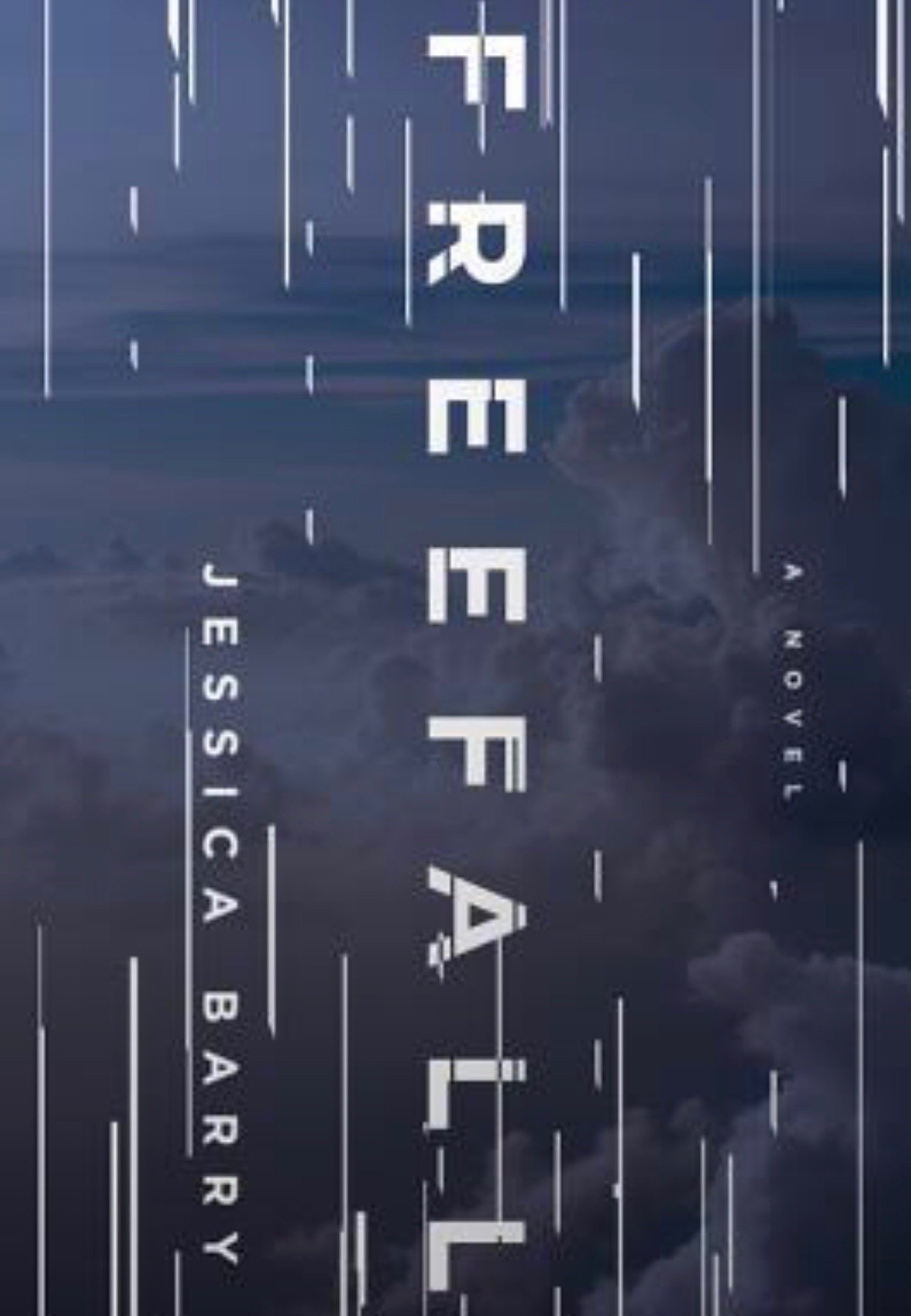 Freefall by Jessica Barry is a book that came to me with a lot of expectations.  I had been watching this book get hyped just about everywhere--NetGalley, Goodreads, Twitter and even the clerk at my local bookshop displayed it prominently.  I gladly bought in to the hype and purchased this book hardback this past weekend.

Hype is a tricky thing.  Like a 50-50 thing, right?  It can go either way...either they were all right or they were wrong.

They got this one wrong.  For me, anyway.

Freefall tells the story of a plane crash and the mysterious events that lead up to it.  It features a mom and daughter team (albeit estranged) and I did appreciate having two strong(ish) female characters to drive this book.  There's Ally, a 30-something engaged woman with a sketchy past and Maggie, her estranged mom.

Ally is engaged to Ben a big-shot pharmaceutical CEO.  There's a little made about Ally's past that struck me as mostly irrelevant and underdeveloped and this bit sort of hung out there, unresolved.  There's also a mini subplot about Ally's weight which made me think this would have turned in to an abuse-domestic-thriller (did something make her chose to be weight conscious? Is her husband exacting?)  Yeah, not so much.  Another floating nugget that didn't add to the story and hung out there strangely.  It was problematic for me--these two bits of filler.  I wonder if they were meant as diversionary tactics (red herring, anyone?) or if the author intended this story to originally go in a different direction and changed her mind some time midway???  🤷‍♀️

Anyway, Ally isn't all that likable and that can't be said for her mom, Maggie.  This character was much more likable and I really felt for her.  The reason for the pair's estrangement was weird for me though...I mean, do these two ever talk!?  (I can't spoil that for you). How could an event like this have caused such a wedge?  Seems strange and unlikely.  But, it happened.  So, we go with it.  Anyway, Maggie takes the news of her daughter's plane crash hard as one would expect and because of their estrangement, she is left to ask a lot of questions about what lead up to the plane crash.  She had NO IDEA what her daughter was up to...every question she has only leads her to more questions.  The parts that highlight her exploration are some of the more interesting.

Now, there are some good things about this book.  The writing is engaging and is formatted in such a way that makes it a one-sitting read.  I enjoyed the opening sections where Ally was scrambling around immediately after the plane crash.  Here, the tension was palpable and there were some good pieces of descriptive writing.

Yet, overall, this one got ⭐️⭐️⭐️ from me.  It was a good read.  But it was a disappointing read.  It failed the hype.  Call it unfair.  It happens.  I was expecting a dazzling mystery-thriller and found none of the first and little of the second.  It was more aptly categorized as a corporate intrigue book (and that plot twist irritated me too).  No big surprises.  No shock or surprise.

But it didn't happen with this gem! 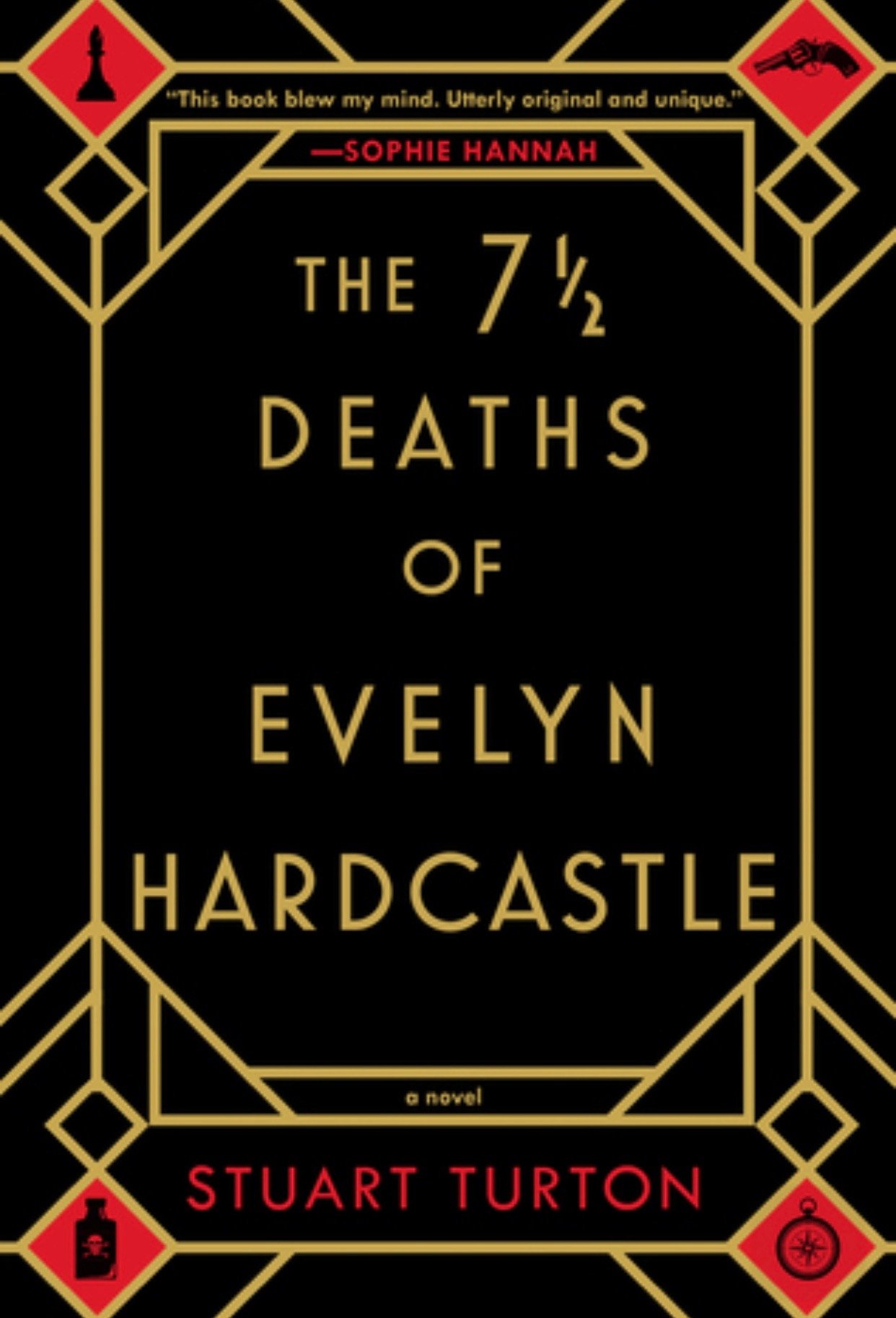 The 7 1/2 Deaths Of Evelyn Hardcastle by Stuart Turton (a mind-blowing debut...this was a debut!? are you kidding me, Stuart!?) is a book that indeed lived up to all the hype it was getting.

So, this is billed as a mystery-thriller.  It is that.  For sure.  But it's also a gothic book...thick with all the yummy gothic elements many readers will love.  It's also paranormal...and this element is a driver for the plot and something that sets this fantastic debut apart from others in the genre.

Now...about the genre.  Mystery-thrillers are usually snacks folks.  We gobble them up.  Usually quickly.  They are low in calories (that's why we gobble them up).  They don't usually leave us filling full for long.  That's ok.  They're snacks.  We can wait for dinner or have a few more.

But, every now and then a mystery-thriller is an entree!  It leaves us full and satisfied and not wanting it to end.  The 7 1/2 Deaths of Evelyn Hardcastle was a FEAST!

I will try to give this a synopsis that doesn't spoil the fun because I want you to go out and buy this book.  Like now.  But, here's the gist:

Aiden Bishop wakes up in someone else's body.  He doesn't realize this at first--that will take time--and struggles to make sense of his new circumstances. I struggled too.  I loved being confused.  And just when the confusion began to take hold, the author released some clarity in to my mind.  It was like a drug.  😂😂😂 Aiden is told that he must solve the murder of Evelyn Hardcastle if he wishes to escape his circumstance: a never-ending loop of time repeat and torment. It's hell folks...like, an allusion to Dante.  I dig it!  Anyway, Aiden will awake in other bodies (called hosts), each providing a unique outlook on the scene and each with unique sets of skills he must use to solve the murder.

The characters are cool...twisted, complicated, ugly, unlikable and perfect (here's where the gothic elements shine!) The plot is confusing...but, only until the author drops a morsel for you to chew on.  All the elements--the gothic, Dante, paranormal, time repeat--all of them, work so seamlessly that this book is elevated in the genre.  It's quite something.

I wish I could tell you more but I do not want to spoil this gem for you!

No, seriously...Go Buy This NOW!